Sascha Schneider was one of the more dazzling figures in the history of German art and culture, his monumental symbolist paintings evoking the zeitgeist at the turn of the nineteenth century. Schneider is known primarily for the book covers he designed for his friend the writer Karl May. In 1919 he founded the Kraft Kunst Institut in Dresden, where his paintings and sculptures were presented alongside the sports equipment and mirrors. He regarded the beautiful naked male physique trained to emulate these models as art in its own right. Schneider thus made a vital contribution to the “liberation” of the male nude in the early 20th century.

The exhibition at today’s Kunsthalle Weimar partly restaged the historic show by the artist at the same building in 1905. Also, by its arrangement it related to Schneider’s Kraft Kunst Institut in Dresden. 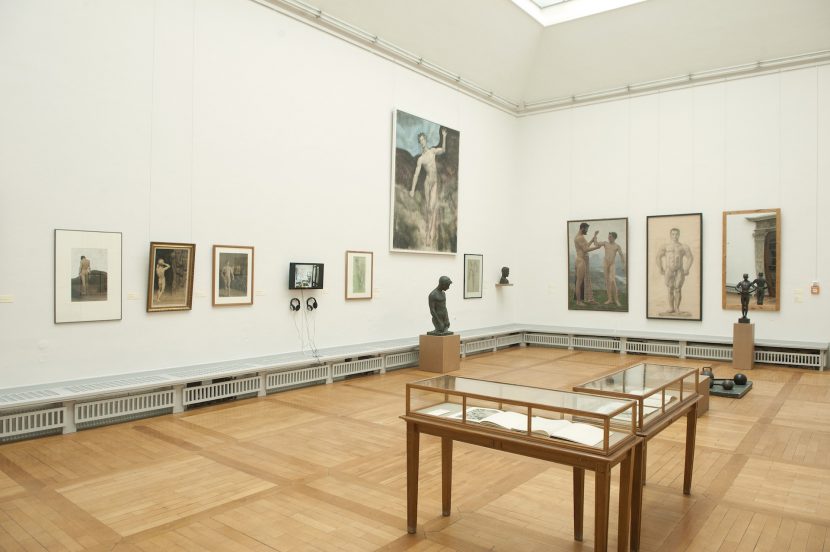 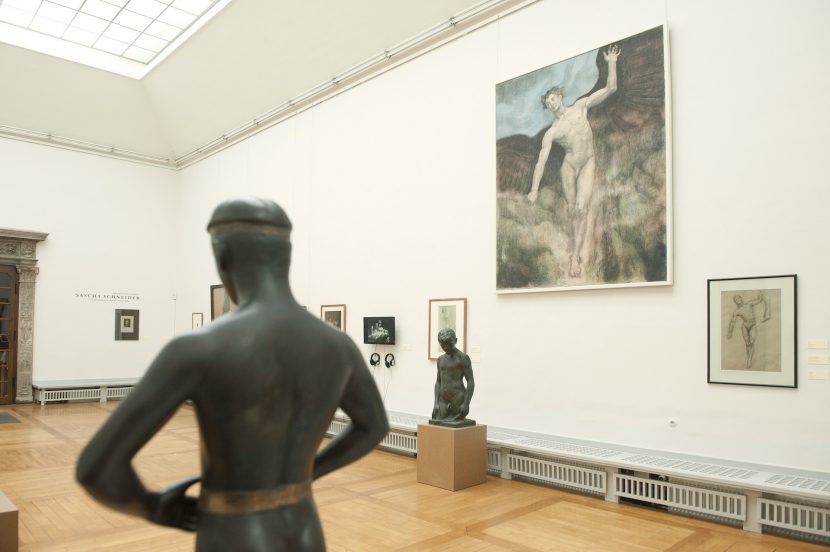 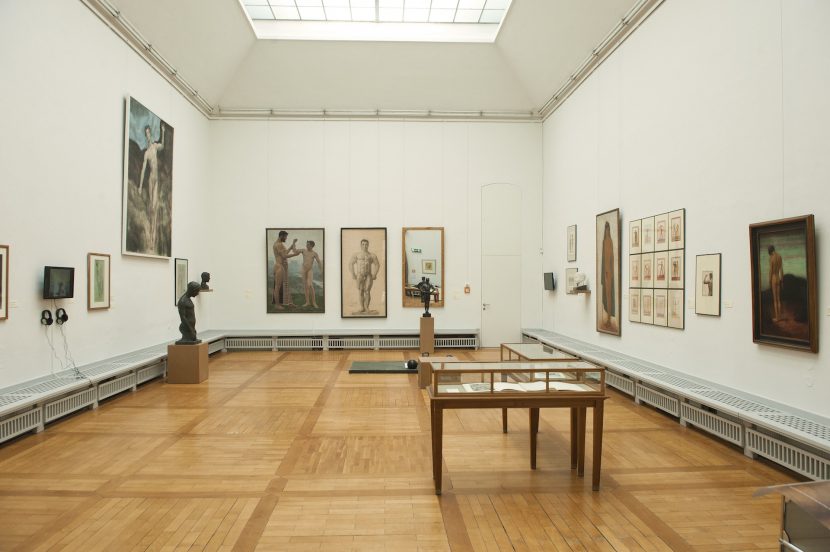 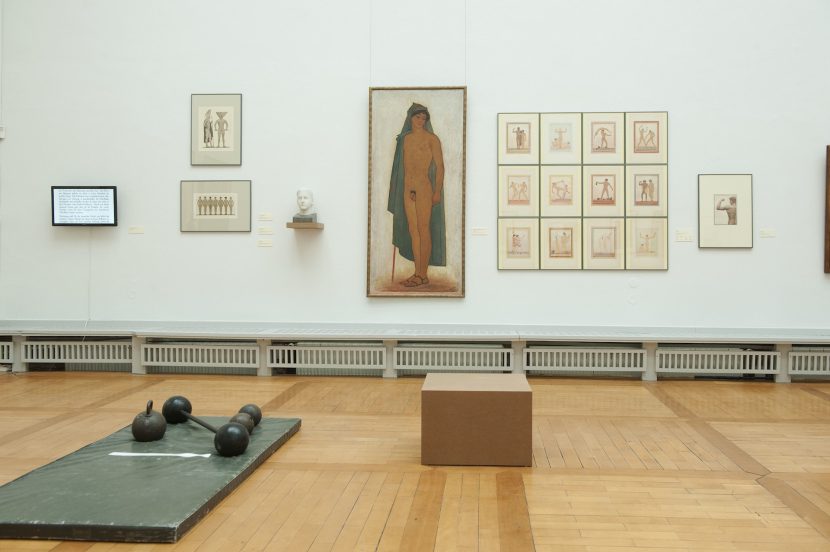 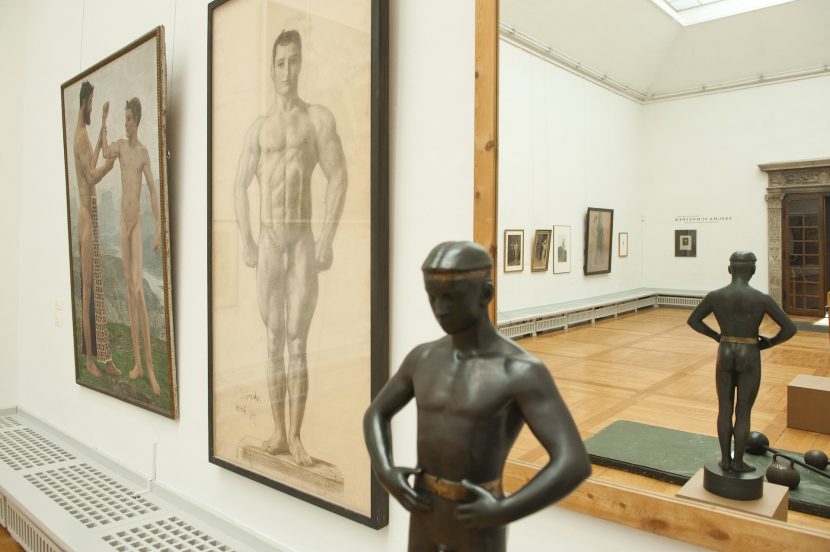 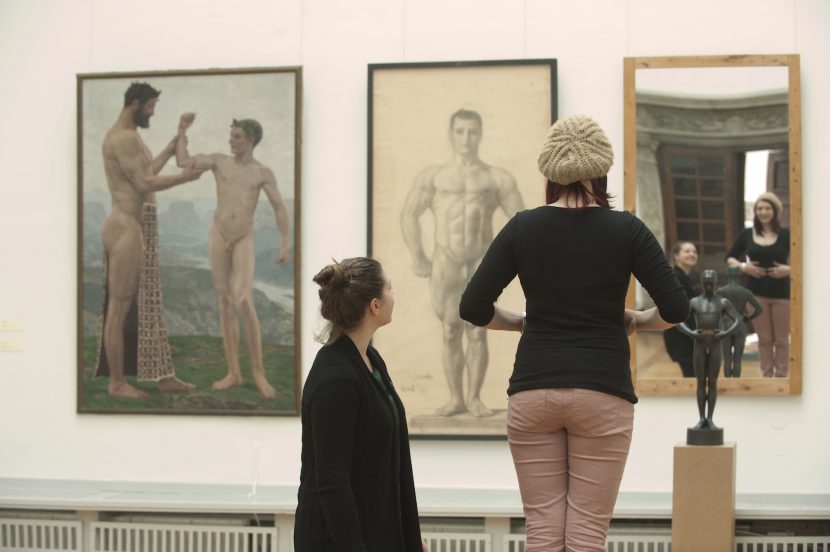 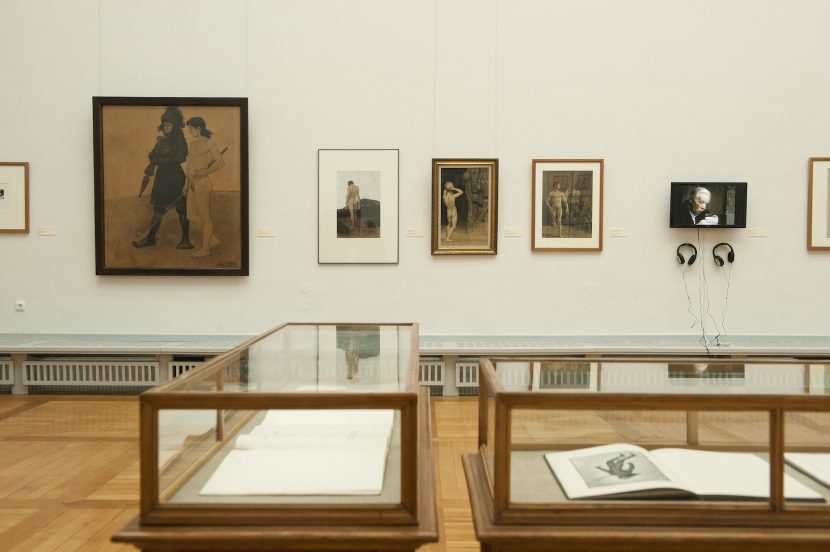